Hear a Speech You Will Remember 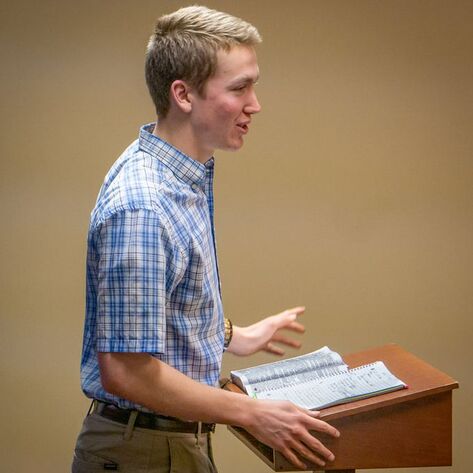 ​I've spoken at churches, schools, community events, camps, VBSs, parties, and in various ministries. I have taught public speaking classes at our local speech and debate club, and at a local homeschool co-op. My book (in progress) on public speaking and communication, tentatively titled A Worthy Word, is set be be released in Spring 2020.

I have competed in speech and debate in the National Communication and Forensics Association (NCFCA) for 5 years and have earned dozens of speaking awards, including over 30 top-five placings and 8 tournament titles. In 2017, I placed 9th in Apologetics nationwide.
​
But my favorite facet of public speaking is seeing hearts and lives changed. 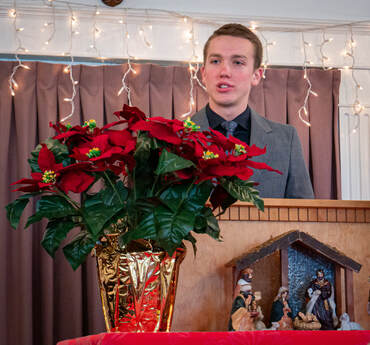 Listen to my latest speeches:

Given November 10, 2019, at Hope Baptist Church in Anderson, SC.
Listen to the Sermon

Given December 15, 2019, at Hope Baptist Church in Anderson, SC.
Listen to the Sermon

"Morality should never be sacrificed on the altar of convenience."
(from a speech on stem cell research)

"Faith is trusting the words of an all-knowing, infinite God more than the musings of our three-pound brain."
(from a speech on faith)

"I have a dream that one day, people will not be judged by their metabolism, but by the quality of their kindness."
(from a speech on anorexia)

"As Christians, we have no obligation to consume the products of the godless world."
(from a speech on entertainment)